BLOG / Earth already has a perfect recycling system. So why not use it?

Earth already has a perfect recycling system. So why not use it?

What if our planet’s natural system of renewal held the secret to inventive solutions that enabled innovative growth and new potentialities that were part of nature, not apart from it? Apeel Sciences was born of that philosophy. Rather than use what nature has never seen before, and is therefore unknown to nature’s recycling system, we build solutions from plant-derived materials, imagining products that can be reused millions of years from now. 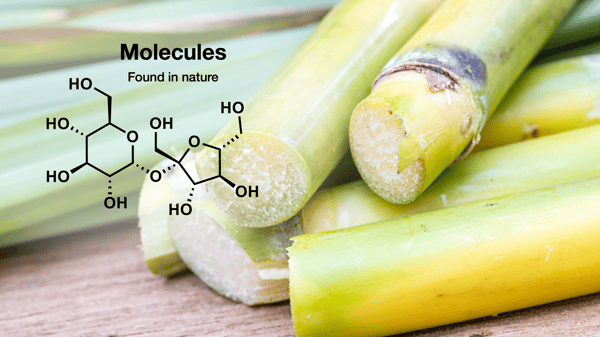 Apeel works with ‘nature's alphabet’, the chemical building blocks of all living systems. These are the simple yet sophisticated molecular structures found in every bite of fruit we eat. These elegant chemical combinations are words and phrases made from that alphabet that have proven to be the most versatile and easy to handle for Earth’s recycling system. Yet too often when we speak of chemicals, we imagine only dangerous pesticides, artificial preservatives, and pervasive plastics. But water itself is a chemical. The air we breathe is a combination of chemicals. Chemicals are, in fact, all around us. If we recombine those same building blocks of chemical elements - without creating a new alphabet - then the natural machinery exists in nature to reuse those bits. No recycling plant needed. Our natural world can break it down.

A tale of two molecules

Imagine two molecules, opposite sides of the same coin: one of nature, one apart from it. Take the example of sucralose and rebaudioside A. While both serve as non-caloric sweeteners, only one has been manipulated by humans in ways unfamiliar to nature. In the case of chlorinated sugar, also known as sucralose, scientists created a calorie-free sweetener from sucrose. They cleverly invented a sweet substance our bodies wouldn’t process like sugar - with associated calories - by substituting the select hydroxides in sugar with chlorine. Just like that, we can fool our taste buds into tasting something sweet. But we can’t fool our bodies; our own natural processing systems. With sucralose, what we process as sweet in our mind, is not processed by our body as energy, as sugar would be. Invented over 40 years ago, researchers are now taking a closer look at the long-term impacts of the sucralose molecule on our bodies and the environment.

In contrast to sucralose is Rebaudioside A, which comes from Stevia rebaudiana, the stevia plant. By some fluke of nature, though it is it is chemically quite different from sugar, stevia is sweet. Potently sweet. It’s sweet enough that it too is being used as a non-caloric sweetener. And yet, it is of nature. Its structure is not unknown to nature, so its machinery can break it down into its constituents with ease. 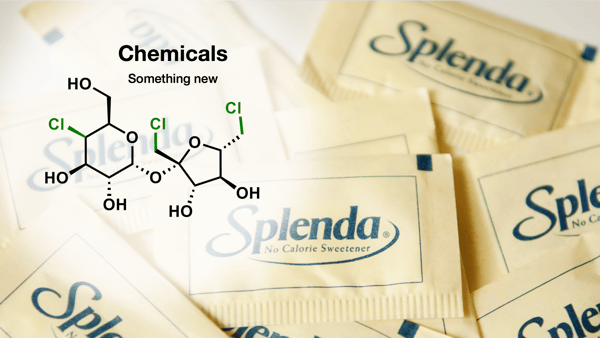 Like sucralose, a similar concept of chemical manipulation can be seen with neonicotinoid insecticides - “neonics” - that are derived from nicotine, a natural pesticide that evolved in plants as a defense. Used in isolation, the plant-based chemical, nicotine affects human nervous systems, giving a buzz and even becoming addictive. Nicotine also binds to the nicotinic acetylcholine receptors in insects, leading to nicotine’s pesticidal properties. The challenge emerged to borrow nicotine’s pesticidal properties, without causing residual nicotine effects in humans. So chemists changed its molecular makeup subtly and introduced a class of insecticides that today is the most popular in the world, despite recent bans in the European Union. Only now are we waking up to the fundamental implications of introducing unnatural chemical combinations into ecosystems where organisms lack the natural machinery to break them down. Neonicotinoids build up in the food system, with evidence that their accumulation affects the nervous and reproductive systems of insects, including bees. Recent research suggests these chemicals are a leading contributor to Colony Collapse Disorder that endangers global bee populations and negatively affect other insects and even birds.

Through chemistry, you might say, you can fool some of the people all of the time, but not all people, all the time. You can trick your taste buds, and throw insects off what they’re seeking, but you cannot fool nature itself.

At Apeel Sciences we use the building blocks and design principles of plants to create solutions that operate in harmony with nature, rather than against it. Made from materials found in every bite of fruit, Apeel creates an edible "peel" on the outside surface of fresh produce that helps to reinforce the peel and slow down spoilage. Produce with Apeel stays fresh and delicious 1.5 to 3 times longer, which promotes more sustainable growing practices, better quality food, and much less food waste. 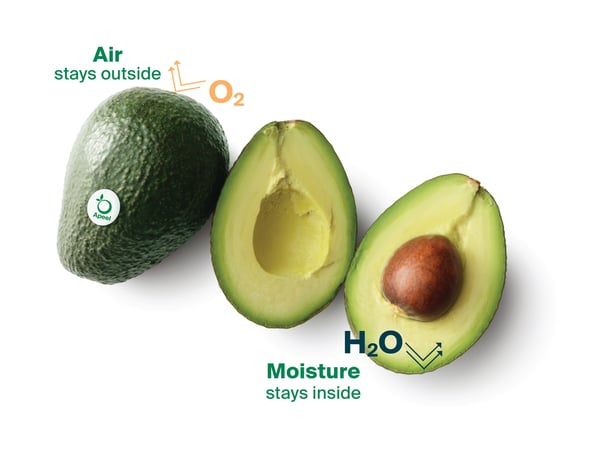 Today, Apeel fruits and vegetables help consumers and retailers alike reduce food waste, while opening new markets to farmers that lack access to the cold chain. With Apeel, a mango farmer in Kenya can send produce to market without the cost of refrigeration, gaining added income and greatly reducing food waste associated with limited storage and transportation infrastructure. For big growers, Apeel means the difference between using air freight to ship asparagus, or the ability to use the cheaper and less carbon-intensive shipping method afforded by Apeel’s power to preserve produce over time. And at supermarkets, Apeel makes it possible to buy avocados that stay ripe longer, so less good food is thrown away in the end.

Making the best of times

Looking around the world today, one could borrow a phrase: “It was the best of times, it was the worst of times…” We live in an era of great abundance with people living longer, healthier lives in much of the world, but the evidence is increasingly clear that we’re destroying our planet. We are all challenged to do better by Earth while feeding the world's growing population.

Today, I want to propose that we can learn from the natural world to answer the needs of our times. We can try living within the laws of the natural world, rather than persist in trying to live outside them. Instead of using what nature has never seen before, let's use materials it can recognize. Nature knows what to do. So do we.