BLOG / How Cultures Around The World Celebrate The Summer Solstice

How Cultures Around The World Celebrate The Summer Solstice

We all cherish the long days of summer, and the bounty of longer-lasting produce when Apeel-Protected Apples, Avocados, Asparagus, and Cucumbers are at their prime.

Derived from the Latin word solstitium, or ‘sun standing still’, the summer and winter solstices occur at the time in earth’s orbit when the sun reaches its most northerly latitude – the Tropic of Cancer – in June, and its most southerly latitude – the Tropic of Capricorn – in December. As the name suggests, this standstill occurs when the sun appears to pause briefly as it changes direction.

The summer solstice, though technically an astronomical occasion, has historic monuments and cultural traditions celebrating light, agriculture, and seasonal abundance all over the world. We’ve curated a list of some of the most famous, food-centric solstice celebrations that the Northern Hemisphere has to offer, so you can get in on the fun!

Ancient architecture, food, and the development of the calendar

From west to east, ancient civilizations have developed their calendars around the solstices. In many cases, this was a critical time to worship the deities responsible for fertile land, rain, and an abundance of plants and animals.

Stonehenge in England, the Egyptian Pyramids, the Puebloan Chaco Valley petroglyphs in New Mexico, the BigHorn Mountains’ sacred Medicine Wheel in Wyoming, and the Carnac stones of France are all prehistoric architectural feats constructed in alignment with the sun’s annual journey across the sky (Stanford University Solar Center, Swindon 2010, Indian Pueblo Cultural Center). 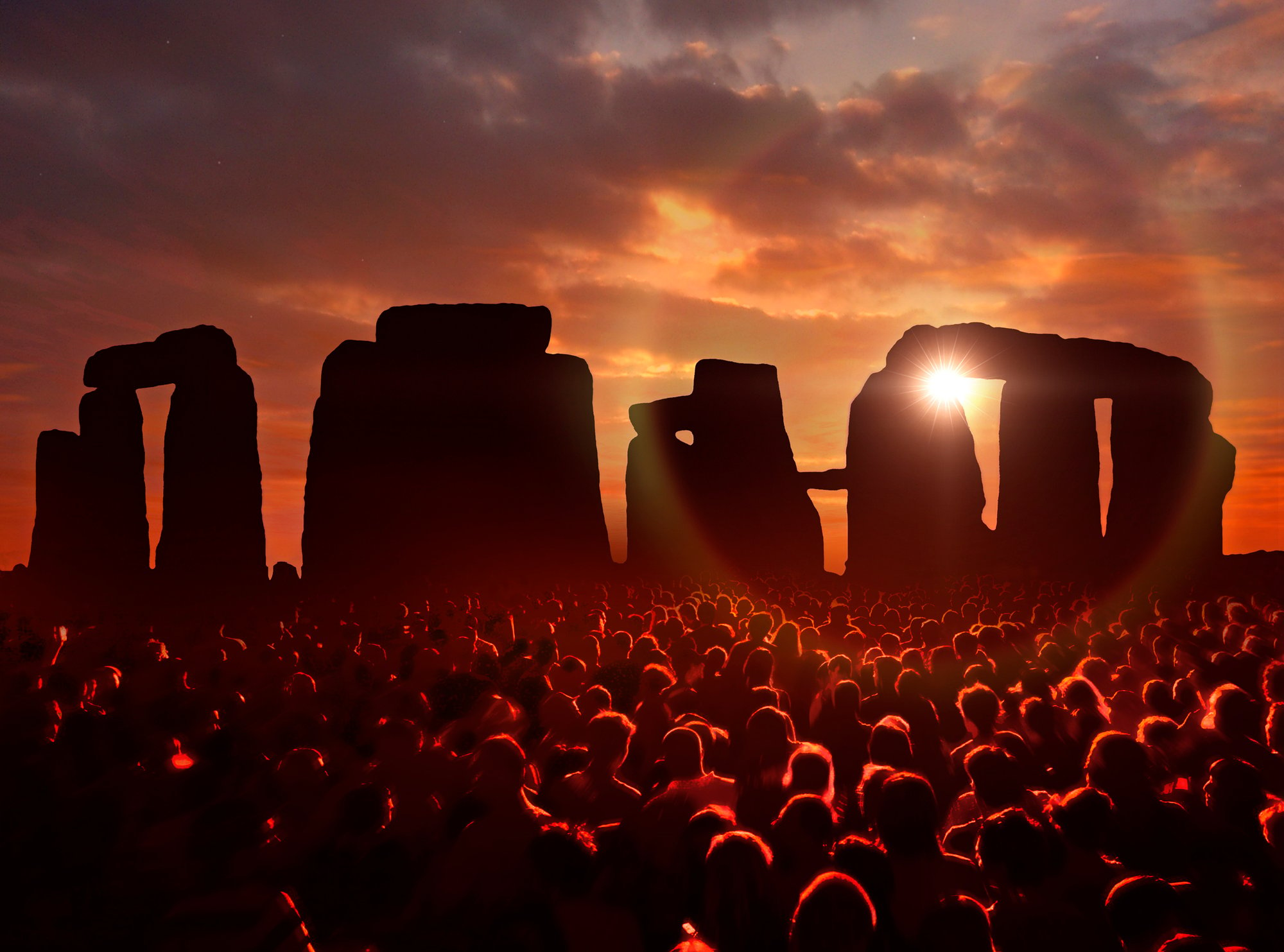 In present-day Guatemala, the buried Mayan city of Holtun appears to have an astronomical observatory, where, on the summer solstice, the commoners watched the king command the heavens.

The Mayans were also culinary alchemists and developed some incredible treats that we still love today, like tamales and guacamole. Poc Chuc, a slow-cooked pork dish cooked in orange juice and vinegar, and Xni Pec, a habanero pepper salsa with lime, orange, or grapefruit juice, are two citrus-centric dishes that we found particularly enticing here at Apeel. In ancient Greece, the summer solstice marked the one-month countdown to the Olympic Games and the start of the new year. The festival of Kronia, which honored the agriculture and harvest god Cronus, brought all social classes together for feasts and games (University of Arizona Archaeology, National Geographic, Scientific American).

A food and festival tour of the world!

Across Northern, Central, and Western Europe, the solstice celebrations are as vibrant as one might expect for a region with contrastingly cold and dark winters. Summer solstice falls halfway between planting and harvest and has other common names in this region: Midsummer or Litha.

Neo-Pagans and Wiccans honor the sun’s warmth and colors through bonfires, feasts, and dances. The original belief holds that jumping over the bonfire boosts the sun’s energy for the rest of the growing season, bringing a bountiful harvest in the fall. Food prepared over an open flame embodies the sun’s energy, and mead, or honey wine, is the classic beverage to wash it all down (Boston Public Library, Delish, Encyclopedia Britannica).

According to Wiccan tradition, yellow, red, and orange are the colors of the occasion, and foods contributed to the feast should be round and colored accordingly: lemons, oranges, and mangoes, anyone? (If that sounds as good to you as it does to us, check out our store locator)

In Scandinavia, the summer solstice is one of the liveliest days of the year. Here, people head outside for a midday feast of traditional foods, like herring and pickled vegetables, gather flowers, dance, and sing around a decorated Maypole (Scandinavian Standard).

Looking west, we see that indigenous tribes across the North American continent have celebrated the summer solstices for centuries. The Sun Dance – known as Wi wanyang wacipi in the Sioux language – is one of the most important ceremonies for the Great Plains indigenous people as it honors the familial connection between all human, animal, plant, and cosmic relatives (University of Nebraska, Ancient Observations). This dance is only to be practiced by members of the tribes.

Further north, the Summer Solstice Indigenous Festival, where Canada’s indigenous population, made up of Inuit, Métis, and over 700 unique First Nations communities, celebrate their diverse cultures, music, crafts, and cuisine. Indigenous gastronomy is on the rise again in Canada despite centuries of cultural repression, and focuses on the essential ingredients present before European contact: herbs, berries, fish and other aquatic foods, game meats, wild rice, and the “three sisters”: corn, squash, and beans (Indigenous Cuisine, Summer Solstice Indigenous Festival).

Midnight celebrations can be found all over Alaska, where almost one-third of the state lies above the arctic circle! Baseball games, festivals, concerts, and marathons are all held under the midnight sun.

Food is also a pinnacle of the celestial cycles in the Far East, as well! The balance of Yin and Yang forms the foundation of Traditional Chinese Medicine; the summer solstice represents the strongest “Yang,” or bright, active energy of the year, while winter embodies “Yin”, the darker, more passive energy. Noodles, pea cakes, summer solstice eggs, Qingbuliang soup, and lighter, bitter foods are believed to help balance this energy and keep you from overheating in the warmer weather (Jaeger 2012, Chinese Language Institute). Flora and fauna celebrate the solstices too!

Photoperiodism, or the physical response of organisms to the length of light or dark periods, brings plants, animals, and even fruit into the circle of sun celebrators. Plants have photoreceptors that keep track of the number of daylight hours it needs before they can bloom and bear fruit (Osnato et al., 2022, Gosh et al., 2016). Birds use the day length to dictate their seasonal cycles for breeding, molt, and song production (Dawson et al 2001). Whether you’re jumping over a bonfire, sharing seasonal sun-inspired foods, or attending a midnight baseball game, we suggest pairing your longest day of the year with some longer-lasting produce! Head to your local grocery store to find the best of summer’s bounty today.