Here’s a sentence that you probably thought you’d never read: there are female and male asparagus (the scientific word for this phenomenon in plants is “dioecious”).

Here is one easy way to tell them apart. Female asparagus produce small, viable, red seeds. Because of this, female asparagus is generally smaller than male asparagus, since they expel so much energy creating these seeds.

Since people generally want to eat large asparagus, the female asparagus will oftentimes be taken out of the field and replaced with larger, male asparagus.

Seemingly the only downside to eating asparagus is the trademark smell that comes afterward. This phenomenon is something that has long been discussed; Louis Lemery nailed it in 1702 when he said “[Asparagus] cause[s] a powerful and disagreeable smell in the urine, as everybody knows” (Treatise of All Sorts of Foods). On the flip side, Proust loved the smell, going as far as to say that asparagus “...transforms my chamber-pot into a flask of perfume" (Swann’s Way) Ok, then, Proust!

But what is it exactly that causes these effects on urine? We talked to one of our scientists, Ron Bakus, Ph.D., to get some insight.

Common descriptions of the smells these compounds create include, “cabbage and not in a good way”, “putrid”, and “unpleasant garlic”. Fun fact: methanethiol is used to give natural gas and propane its “smell” so that people know when there is a gas leak, even a small one.

3. Chickens And Asparagus Are A Perfect Pair

The University of Maine conducted a study in 2010, that posited having chickens freely roam on a local farm would greatly reduce weed growth in an organic asparagus plot. As all farmers know, it’s very time-consuming to pick weeds, so having chickens do the work would allow more time to focus on growing and breeding better crops.

The study proved their hypothesis: chickens roaming through asparagus fields reduced weed growth up to 90 percent without having any negative effects on the asparagus.

Who would have thought that chickens and asparagus could be best pals?

Asparagus has long been heralded for its taste. In fact, this lovely flowering perennial plant was enjoyed by the ancient Egyptians, the Romans, and Medieval Europeans. The Greeks and Romans used the Persian word, “asparagi”, to refer to the vegetable. The first written mention of asparagus in English was in 1000 AD, and the peasants at that time would refer to it as “sparrow grass” (The International Wine & Food Society Europe & Africa Committee).

The word we use now, asparagus, didn’t appear popular until the 1900s!

5. Asparagus Has Been Around for a LONG Time 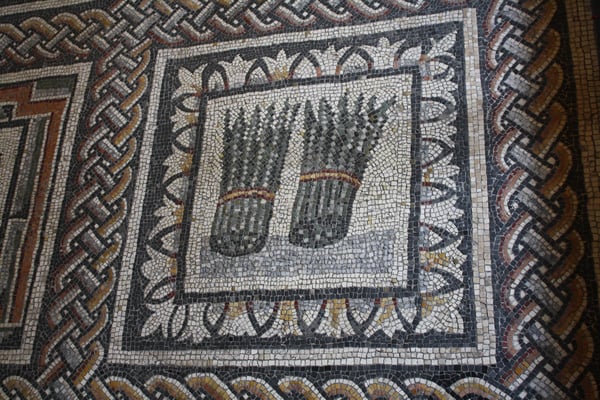 The first known depiction of asparagus is on an Egyptian frieze that dates back to 3000 BCE (Standford). However, asparagus did not remain an exclusive Egyptian treat; the vegetable was common in Syria and Spain, and was later  grown by the Greeks and Romans.

While the Greeks wildcrafted the vegetable, it seems that the Romans were one of the first to cultivate and spread asparagus throughout their empire. In fact, a recipe for asparagus can be found in the oldest surviving cookbook written by a Roman, Apicius, De re coquinaria, Book III. Emperor Augustus coined the aspara-centric Latin phrase, “velocius quam asparagi conquatur,” which means “it was sooner done than asparagus is cooked” (The Lives of 12 Ceasars, C. Suetonius Tranquillus).

In more recent history, asparagus reigned through the reign of King Louis XIV, who grew asparagus in greenhouses in Versailles. That meant the King could eat it year-round, aptly dubbing asparagus the “king of vegetables” (New York Times).

Fit for a king and ready for you, longer-lasting Apeel Asparagus has finally arrived. Act like the Romans, or the Egyptians, or even the Olde English and go try some.

Find a location that sells Apeel Asparagus near you, and enjoy!